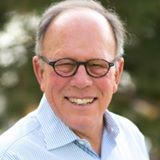 Bill passed away at his home on Vashon, Washington, May 25, 2016. He was born on March 21, 1945 in Brigham City, Utah to William D. and Helen Mitchell. Bill’s father was the first administrator of the Small Business Administration under Eisenhower, but left that position rather than carry out directives he felt were inappropriate. His father’s experience made a deep impression on Bill who believed that effective government depended on an engaged public. He devoted his life to helping people develop local organizations that could influence decisions affecting their lives. His work spanned a wide range of critical issues including the environment, energy policy, disarmament, and social justice.

He grew up in Lakewood, Colorado, a suburb of Denver and graduated from Lakewood High School.  He attended Whitman College in Walla Walla, Washington and then transferred to the University of California at Berkeley in 1966, where he majored in wildlife biology and became fascinated with the then-new study of ecology. While working at the San Francisco Ecology Center, he traveled to Montana in 1972 to meet with ranchers who had just formed the Northern Plains Resource Council out of concern about the threat of large-scale coal mining, and became one of their first staff members. In 1976, he joined the National Conference of State Legislatures to track state environmental laws, then left to work with The Youth Project and later the Rural Coalition in
Washington, DC.

In 1982, he moved from Washington, DC to Seattle where he helped found the Nuclear Safety Campaign, subsequently known as the Military Production Network and now as the Alliance for Nuclear Accountability. He was with the Brainerd Foundation from 1995 - 2005 and became an advisor to the Alki Fund until his death. Bill was an active and valued board member of several nonprofits including the Environmental Support Center, High Country News, National Wildlife Federation Action Fund, and the Sonoran Institute.

Bill married Mia McEldowney in Seattle in July 1988.  Mia was well known for her involvement in and support of the arts, especially of self-taught or outsider artists, a focus that complimented Bill’s commitment to empowering people. Bill and Mia’s marriage brought together their many circles of friends and colleagues, reflecting the rich mix of their work in art, politics, and the environment.

He was an avid hunter and a founder of the “Duck Club,” along with several close friends who shared a love of sport, dogs, and whiskey in their repurposed school house in Montana’s Centennial Valley. Bill raised and trained Flat Coat Retrievers as his hunting dogs, which became a serious avocation late in life.

His lasting legacy was his devotion to the lands—and the people—of the West. In his own words, Bill described his work as supporting "nonprofit groups focused primarily on energy, conservation and natural resource development that threaten endangered but intact ecosystems and working ranchlands in the Intermountain West....helping to link groups together, encouraging strategic thinking about their work and advocating for their financial support.”  Over the years, Bill worked on both sides of the foundation desk, seeking to leverage support for grassroots and regional groups working on environmental stewardship, social and economic justice, and reproductive rights.

Bill lived a life rich with fulfilling work, and enjoyed a wonderful life with Mia and loyal friends from the many circles he touched. He was a man of few words and extraordinary kindness.

He was preceded in death by his parents and Mia, and is survived by his sister Winnie Mitchell, her husband Ralph Frable, their sons Ben and Christian, and sister-in-law Ann McEldowney.

There will be a memorial service and celebration of Bill’s life on Vashon Island, Washington, Burton Community Center, on August 28, 2016 at 4:00pm.

Condolences may be shared via the CaringBridge site Bill established to keep friends abreast of his status: https://www.caringbridge.org/visit/billmitchell1945.  Memorial donations may be sent to a charity of choice, or to the following organizations that Bill supported over the years:
·       High Country News
·       National Wildlife Federation Action Fund
·       Northern Plans Resource Council
·       Sonoran Institute